It is a horrific and discomforting scene.  One of the great injustices of our time.  We have a word for it, but it's a sterile word which actually helps to anesthetize us and keep us comfortable with this painful reality.  We are so desensitized to this gruesome act that it occurs over 3,000 times per day in the United States. It happens so frequently that we can go about our daily lives without giving it much thought at all.

However, in recent days something has happened to pierce our hard hearts and remove a portion of the thick skin covering the conscious of our nation in regards to abortion.  We have heard clear and candid talk that exposes the reality of the abortion industry.  This straight talk, like stumping our toe on a dresser, has awakened some to the painful reality of, abortion.

This is not the first time we have heard straight talk.  People have spoken for decades in honest and clear terms regarding abortion, but these people are quickly dismissed as militant pro-lifers or having some political agenda.  But, this time it's different.  It's not the advocate for life giving the straight talk – it is two leaders from the largest abortion provider in our country.

In an undercover video released by the Center for Medical Progress, Dr. Deborah Nucatola, Senior Director of Medical Services for Planned Parenthood, is seen discussing the process of selling the remains of aborted children with two people posing as officials from a fetal tissue procurement company.

In the video, Dr. Nucatola causally talks over lunch about the demand for fetal organs and "lower extremities".  She then boasts (as she drinks her wine and chews her salad unfazed), "We’ve been very good at getting heart, lung, liver, because we know that, so I’m not gonna crush that part, I’m gonna basically crush below, I’m gonna crush above, and I’m gonna see if I can get it all intact.”

Absent from the video was the usual fare of euphemisms like referring to the aborted child's organs as "products of conception".  She didn’t talk about "terminating a pregnancy".  She spoke in clear terms– a rare moment of straight talk.

The second undercover video shows Dr. Mary Gatter, President of the Planned Parenthood Medical Director's Council, negotiating compensation for providing fetal organs.  The people posing as the buyers offer more than she suggests, but she is not content with the offer.  Later she casually says, "So let me just figure out what others are getting.  If this is in the ballpark, then it's fine. If it's still low, then we can bump it up."  Then she makes a failed attempt at humor by declaring "I want a Lamborghini."

One of the most powerful moments in our ministry takes place when a woman sees the beating heart of her little one as she glances up at the ultrasound display.  However, Planned Parenthood and other abortionists will charge her to silence that beating heart and in turn, profit again by selling it.  This is a hard, but very real truth.

Please pray that more women will come to our clinics.  We advocate, promote and help women walk on a path that leads to LIFE.  They induce death.  No way are they the better solution for women or their children.

Please pray for the people who perpetrate these heinous acts like those revealed in the videos.  It's easy to think people in the abortion industry believe their own talking points and cannot see their actions for what they are.  However, these videos reveal that they clearly know what they are doing and it does not bother them.  Pray their hard hearts will be pierced and the calloused thick skin on their conscious be removed so that conviction and repentance would take place.

The veil has ripped a little and some of the hard truth exposing the abortion industry has been revealed.  Those in the abortion industry are rushing to the media with truckloads of more euphemistic talk and disparaging words to vilify the group who revealed the truth.  It is an attempt to distract.  Pray that we, as a nation, would not be hypnotized again by their rhetoric.  Pray we would awaken from our slumber and would not continue to allow (and certainly not fund) this great injustice.   Pray that we would be convicted and repent.

"Take no part in the unfruitful works of darkness, but instead expose them." Ephesians 5:11

Did you know that every time you purchase groceries at Kroger, you can help CPC earn donations? Last quarter, 13 shoppers earned over $100; imagine what 500 shoppers could do!

Step 1: Login to your account at www.kroger.com. Don’t have an account? No worries. Simply select “Register” located at the top right hand corner of the page and complete the “Create an Account” form.

Step 3: Scroll down to Community Rewards. Click “Enroll” to add an organization.

Shop for your family. Save a life!
Posted by cpcfriends.com at 4:34 PM No comments: 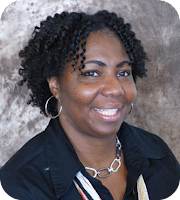 NEW MISSION Join us in praying for Chandra Mennefee, the new Director of Outreach and Special Services. Pray for doors to be open and for this new ministry to reach more women and families who are at risk for abortion.

STEEP MORAL DECLINE The steep moral decline in our culture, like never before, is devastating for the women and families we serve. Pray for strength, wisdom, and courage as we continue to share truth in the context of love and that the people we serve would embrace TRUTH and LIFE for themselves and their children.

“Therefore, having put away falsehood, let each of you speak the truth with his neighbor, for we are members one of another.”
Ephesians 4:25