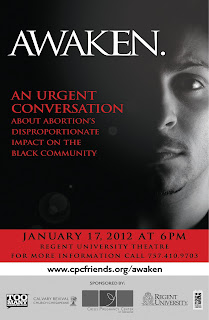 SANCTITY OF HUMAN LIFE   January is a special time to join together as the body of Christ to recognize the value and sanctity of human life. Pray for our community to respond to the call to defend life by providing a voice for the voiceless.

COMMUNITY AWARENESS   CPC is hosting a forum of community leaders on January 17th at Regent University to discuss the disproportionate impact of abortion in the black community. Please pray for the promotion, participation and organization of this new event. We pray God will use this event to awaken our community to this great injustice and to begin the process of change.

CLINIC NURSES   Each day in our medical clinics, our nurses unveil life to new clients. Pray for God to daily grant our nurses the strength and compassion to serve women who are grappling with the life-changing decision regarding the child in their womb. We ask God to move through our nurses and protect each innocent pre-born life shown on the ultrasound.

PRAY FOR CPC’S EXPECTANT MOTHERS AND THEIR LITTLE ONES.   Their names* and due dates are listed below.

*Some of the names have been changed to protect the identities of our clients. 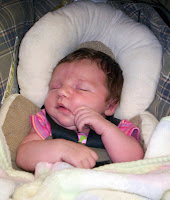 “As church support for CPC goes up, the number of local abortions goes down.”
– Toby DeBause, President of Crisis Pregnancy Center of Tidewater
CPC has not been exempt from the effects of this tumultuous economy. So much so that it appeared the new Virginia Beach clinic was not going to be a reality this year. However, God used many individuals and churches who gave unexpected donations that put the clinic back on track for a June 2011 opening.
In January, Atlantic Shores Baptist Church started a new campaign to raise funds for several of their own ministry projects. However, they decided to give away the first 10 percent collected to other ministries. They included CPC in their “Thank You Jesus” offering with a donation of $10,000!
The following weekend, Liberty Christian Fellowship (LCF) presented a check to CPC in the amount of $40,000! This is the second gift of $40,000 in ten years that LCF has given to CPC. They wanted to give a large gift as they considered investing in a new location for their own church home. LCF is a congregation with approximately 70 people in attendance every Sunday. Toby DeBause says LCF “is the biggest small church in Hampton Roads.”
Also, as CPC was making final preparations to move into the new clinic location, Church of the Messiah gave a gift of $5,000! God had made provision over and above their need for one month and they wanted to give a portion to another ministry.
Praise God for His on-time and much needed provision through His Body!


If you would like to give a special gift of love, please feel free to donate online at http://www.cpcfriends.org/. Gifts received or postmarked by December 31 are tax deductible for 2011. Thank you!
Posted by cpcfriends.com at 9:45 AM No comments:

Email ThisBlogThis!Share to TwitterShare to FacebookShare to Pinterest
Labels: donor

Dear Friends,
Great news! According to a recent report from the Virginia Department of Health...

the number of abortions performed in South Hampton Roads decreased again in 2010!

This continues a six year trend in the right direction. Since 2004, more and more women are choosing LIFE for their children!

This encouraging trend began soon after CPC opened its first medical clinic in Norfolk offering life-revealing ultrasound, and we look forward to even more lives saved now that CPC's second clinic has opened in Virginia Beach. Since its opening in June, the number of women helped by this ministry has increased by 17% compared to the same period last year.

I hope you are encouraged by this news. It is exciting to be part of a ministry where God is rescuing the most defenseless and vulnerable in our community. This gives us even more reason to rejoice as we celebrate the birth of Jesus, our Lord and Savior, who took on human form and made himself vulnerable and defenseless for us.

May God bless you and your family this Christmas,

In this season of giving, please remember CPC. Gifts postmarked by December 31 are tax deductible for 2011. Give online at cpcfriends.org or call our main office at 757.410.9703 for more options. Thank you!
Posted by cpcfriends.com at 11:45 AM No comments:

Great Expectations is an earn-while-you-learn program designed to help our clients learn what to expect during their pregnancy and meet the needs of their baby after birth.  Great Expectations’ quarterly class schedule accommodates new moms and dads in four locations across South Hampton Roads.

Thank you for your generosity in hosting beautiful baby showers for our Great Expectations parenting classes in March, June and September! 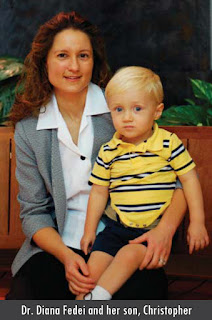 Dr. Diana Fedei has more than 15 years of experience as a board certified medical doctor specializing in obstetrics and gynecology. Not only does she have a passion for serving women in her own practice, Genis Women’s Care, she also volunteers her time to help women and families as the medical director for CPC’s Keim Centers.
When asked about her dedication to CPC, Dr. Fedei said, “I support the work of CPC because I believe CPC’s work is the kind with which our Lord is pleased – protecting children, the fatherless and orphans, evangelizing, teaching, disciplining and edifying.” She continues, “The Lord had me at the right place at the right time to meet the needs of CPC. It’s not a work I would have sought for myself, but there is something fortifying when I know it was my Lord and God who put me there for His purposes.”
We are grateful Dr. Fedei accepted the call to serve as our medical director. She is critical to the ongoing work of sharing Christ’s love and compassion with thousands of women and their children here in our community.
Thank you, Dr. Fedei!
Posted by cpcfriends.com at 10:57 AM No comments:

CPC is hosting a forum of community leaders on January 17th at Regent University (more info at www.cpcfriends.org) to discuss the disproportionate impact of abortion in the black community. This is the first event of its kind hosted by CPC. Please pray for the promotion, participation and organization of this event. Our prayer is for God to use this event to awaken our community to this great injustice and to begin the process of change.

HEALING, HOPE AND WHOLENESS   Please pray for women and families who are seeking a safe place to consider the trauma, issues and personal heartache surrounding abortion. Pray for those involved with our Abortion Recovery Ministry, that they find healing, hope and wholeness that only our Lord, Jesus Christ, can provide.

PRAY FOR CPC’S EXPECTANT MOTHERS AND THEIR LITTLE ONES.   Their names* and due dates are listed below.

*Some of the names have been changed to protect the identities of our clients. 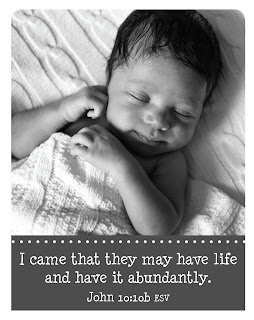