For the Sake of Dyno!

Recently, a 5 year old boy from London thought his week old puppy needed a bath. So, he placed him in the toilet and flushed for a thorough cleaning. Unfortunately, the puppy was flushed down the toilet.

After the fire department and animal welfare officers arrived, they quickly alerted the neighbors of the puppy’s plight and requested that they not flush their own toilets or use any drains. They worked diligently for several hours to find and rescue the puppy.

The family named the puppy Dyno to honor the rescuers, Dyno Rod Plumbers.

What a great story of a community coming together regardless of the inconvenience and costs in order to save one helpless puppy. Imagine what would happen if our community provided the same level of intervention for pre-born children in Hampton Roads. Certainly, there would no longer be almost 9,000 of these children losing their lives to abortion each and every year. Now, that would be a greater story!

For Life with you, 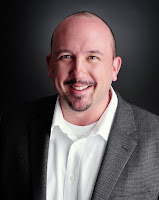 Dyno the Dog's Video
Posted by Sheena McAdoo at 8:00 AM