Great news! Yesterday, all of the harmful legislation against Virginia's pregnancy centers was defeated! Both the House and Senate bills were killed in the sub-committees.

CPC of Tidewater, along with other pregnancy centers, participated in a Senate sub-committee hearing yesterday at our state capital to help defend pregnancy centers in Virginia against harmful legislation. (Please review my last email for an explanation of this legislation.)

With less than 20 hours notice informing us about this meeting, our pregnancy centers group tried to put together the best response possible with very little time to prepare.

We were told by experienced lobbyists that they "fully anticipated" the bill to pass this sub-committee as three of the five members on the committee were expected to be in favor of the bill. Also, the chief patron of this bill, Senator Ralph Northam (D- 6th District, Norfolk), was the chairman of this committee.

With little time and support, we knew this was an impossible situation. So we prayed together and entered the conference room trusting God to give us wisdom and words as we participated in the hearing.

It all began with a doctor reading parts of the infamous NARAL report (see my last email for details) making false and erroneous accusations against our pregnancy centers. However, it was obvious that she and the others in favor of this bill also anticipated it to pass easily in this sub-committee because they did not speak at length or in great number.

I was very proud of our team when we were given an opportunity to speak. We gave testimony of the great work of helping women and preborn children visiting our pregnancy centers throughout our Commonwealth. Several clients even testified on our behalf. One of those clients had been helped by our ministry here in Tidewater. She brought tears to the eyes of many in the room, including mine.

Several Pregnancy Center Directors addressed the false accusations levied against our centers. Their accounts were so compelling that it was easy for the casual observer to determine that NARAL's investigation and report was a thinly veiled attempt to discredit and harm pregnancy centers in Virginia.

In the end, it was very apparent that pregnancy centers in Virginia operate with excellence, uphold high standards and serve women with integrity.

It was also apparent to the senators on the committee because they voted unanimously AGAINST the bill.

Even the chief patron of the bill, Senator Northam, voted against it and it was his bill!

Representatives from the pro-abortion groups left quickly, but I, along with others from the pregnancy centers group, hurried to shake the hands of the committee members. I especially thanked Senator Northam for his courage to overturn his own bill. We disagree on the rights of preborn children, but he acted honorably and with great integrity in this hearing.

I would imagine that Senator Northam will get a lot of negative feedback for this decision. Would you please contact him and thank him for boldly voting against his own bill?

Click Here for Senator Northam's contact info
All praise to God for His provision and protection. This was a day that I will never forget. There is so much more that I could share. However, it would make a very long email. The day did end with another victory as the House sub-committee also voted against their version of the bill by a party line vote of 4-3.

NARAL spent lots of money and more than a year preparing to do great damage to pregnancy centers here in Virginia. It was a very strategic and well orchestrated effort. We were blind-sided by their attack. We had no money and almost no time to prepare ... but God gave us favor. This battle has been won. All glory and honor to Him.

I would like to thank Victoria Cobb and the rest of the Family Foundation for providing us with remarkable support, direction, and encouragement. They worked tirelessly to defend us. I am so grateful that they were there. God used them mightily.

Also, special thanks to Kristen Hansen with Care Net for walking with us through this trial and speaking on our behalf before the committees.

There are many others like NIFLA, Heartbeat International, and the ACLJ that provided valuable support. Thank you, Governor Bob MacDonnell, for sending a representative to clearly communicate your opposition to these bills.

Many people have called, sent emails and text messages letting us that they were praying for us and contacting legislators on our behalf. All of this support has been very encouraging.

I trust God will use all of this to glorify Himself and further His mission of saving lives and sparing hearts though the ministry of the Crisis Pregnancy Center of Tidewater. 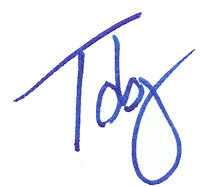 Crisis Pregnancy Center of Tidewater
Posted by cpcfriends.com at 1:19 PM