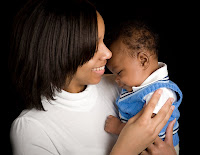 When she came to the Keim Center, Stephanie had already made the decision to end her pregnancy. She was filled with fear – afraid to disappoint her parents, frightened of the unknown, scared to face this crisis alone. Carrying this pregnancy to term and parenting alone, with the father on deployment, seemed unimaginable and impossible.
Stephanie found her way to The Keim Center. She was welcomed with love and genuine concern. When Stephanie saw the ultrasound of her baby’s tiny heartbeat, she was moved to tears. She immediately knew she needed to tell her family about her pregnancy. Her family surprised her with incredible support and a strong desire to help her parent her child. As the pregnancy progressed the baby’s father became more supportive and even excited about their child. Like the baby she carried, Stephanie’s anticipation grew. Stephanie reflected on the past days and felt moved to send a letter to her advocate at The Keim Center. “I owe the success of my pregnancy to YOU! If you hadn’t been so caring, I probably would have had an abortion. You really are an influential person, and you’re a good woman. I appreciate that
you showed me that you really cared,
and that this is an important issue and not something that should be brushed off.”
Stephanie delivered her baby boy in December. She knows that the day she walked into The Keim Center, her life changed forever. Choosing life for her child showed tremendous courage and love for her baby who she “would not give up now for anything”. She and her son’s father plan to marry when he returns from deployment. 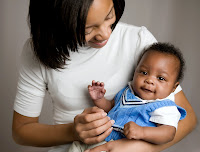