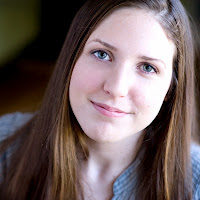 Chelsea and her daughter, Alice, are actual clients. Their names and likenesses have not been changed.  Chelsea’s own words tell her experience with CPC’s ministry nearly two years ago, as shared with CPC during a recent email interview.

“When I found out I was pregnant, I was terrified and overwhelmed; my pregnancy was incredibly unexpected.

I was too intimidated by abortion clinics to schedule an appointment right away.  Initially, I visited the center to get more information about the pregnancy.  I wanted to know my options and I needed help organizing my thoughts.

Personally, I wasn't prepared for all the emotions that come as soon as you become pregnant.  The pregnancy hormones and the stress of it all made emotions amplified.  My body was going through so many changes, my mind was working in overdrive trying to sort out everything, and I was overwhelmed. I wish that receiving support was more common knowledge and less taboo.  I wish I had known I am not alone.  I know that sounds so cliché, but it's true.

I had two appointments with the center.  I was afraid I'd be judged, but nothing even close happened.  At the first appointment, I was too early in the pregnancy to do an ultrasound, but they did talk to me and help me to organize my thoughts and feelings better.  I spoke about my fears and concerns.  I could not have asked for a better person to talk to during that tumultuous time in my life.  [My advocate] was so gentle, caring and patient.  She listened to me and didn't make me feel like a crazy person as I talked.  It was important I felt understood and that my emotions were validated.”

At Chelsea’s second appointment, she received an ultrasound.

“[During the ultrasound] I was thinking that I cannot believe her father and I created a baby; us creating another human seemed so foreign to me.  There was actually a baby in there, more than just a line on a pregnancy test.  It made everything more real, but at the same time it made my decision that much harder.

After leaving the ultrasound, I made the decision to follow through with the abortion.  I attended the initial consultation abortion appointment at Planned Parenthood.  I signed all my forms, received my verification ultrasound, made my procedure appointment and even put down a $100 deposit.  The day before my procedure appointment, they called to cancel because Hurricane Earl was set to hit the next day.  At that moment I realized it was simply not meant to be.  I canceled my appointment.  That instant is permanently etched in my memory.  That experience did make me believe in divine intervention to some extent.  This baby happened for some reason.  Who was I to stop it?

I always like revisiting that time in my life because it reminds me how far we've all come.  It's been almost two years since this all happened and I cannot believe how much my life has changed since then.  I am happy I have my daughter to share my life with, as well as her share her life with me.  She's a great kid and it is really neat watching her grow up.  I take this parenting thing one day at a time, so I am not sure what the future holds, but I am sure it will be awesome.”

In April 2012, Chelsea joined us at the Walk for Life just days after her daughter, Alice, celebrated her first birthday.  CPC is honored to continue investing in Chelsea and Alice’s lives, as we know God does have an awesome plan for them!  Will you take a moment to pray for them as we continue to share the hope of Christ with this precious mom?
Posted by cpcfriends.com at 2:53 PM