﻿﻿﻿﻿﻿﻿Angela was an honor student in nursing and primary caregiver to her daughter and brother – another baby was not part of her plan. She took the morning after pill within the time prescribed, but she was still pregnant. So, she began researching her options.

“It seemed like everyone in my circle was leaning toward abortion, because they had done it,” Angela shared. “When I called The Keim Center, I’d already made an appointment for an abortion for the following day. They told me to come right away. The nurse at The Keim Center explained to me how the abortion actually worked. The different things it would actually do – I started crying and hyperventilating thinking about how awful that really was. That’s what I had scheduled.”

“Even after that initial appointment, I still wrestled with what to do. The child’s father seemed angry and wasn’t supportive at all. I kept thinking I will have to do this all by myself forever. I thought I would have to change all my plans, and I didn’t want to do all of those things. I knew everything the advocate told me about conception – I knew all of that to be true – but I still was wrestling if I could do it. The whole stigma with being a single parent, I just really didn’t want that. But I just felt that it was really selfish.”

﻿﻿
﻿﻿ “At the abortion clinic they do an ultrasound right before the procedure, but I didn’t want to be in the abortion clinic making the decision. When I [came back to The Keim Center and] saw the heartbeat, I thought wow, I’m pregnant. I’m not that far along and there’s a heartbeat. It was kind of overwhelming. The depression and fear didn’t go away in one day, but when I did see [my son] on the ultrasound, I think that helped me – the picture helped me realize this is a life. He’s here for a reason. When I was so depressed and I would cry and I would pray, I would always go back to when I first saw him. The first trimester, I was really emotional about my decision. But I couldn’t do abortion or adoption. I felt like I would be the best mommy to him.”

“I went through a lot of things as a child, and I was introduced to Christ by my foster family. A lot of things I had been through would have broken a person who didn’t have any faith, instead, I became stronger going through those things. The same way God has provided for me my entire life, why wouldn’t he continue to provide? Why wouldn’t he continue to make a way?” 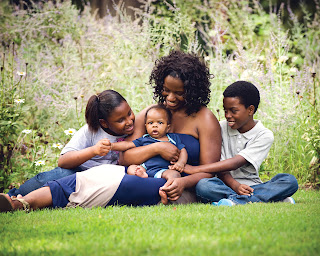 Please continue to pray for Angela and her family. With support, Angela will complete her bachelor’s degree in nursing in May 2013.

Angela and her son, Dylan Jasiah, are actual clients. Their names and likenesses have not been changed.

Posted by cpcfriends.com at 7:00 AM